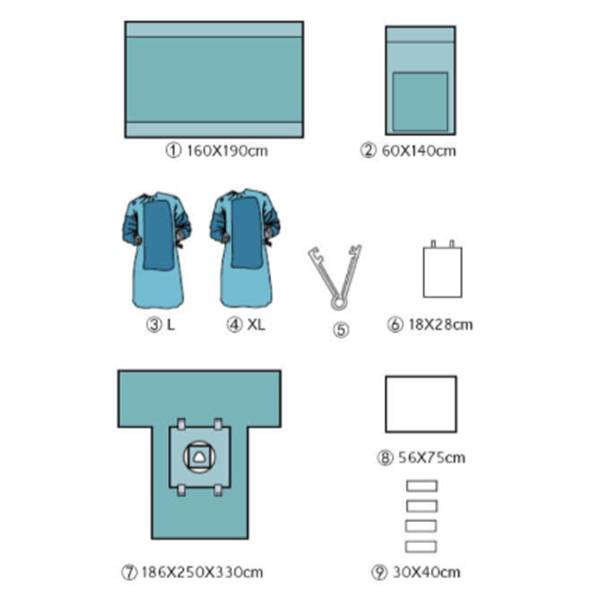 The cesarean surgery pack is non-irritant, odorless, and has no side effects for the human body. The surgical cesarean pack can effectively absorb wound exudate and prevent bacterial invasion.

The disposable cesarean surgical pack can be used to improve the simplicity, efficiency and safety of operation.

What are the benefits for disposable surgical Cesarean packs?