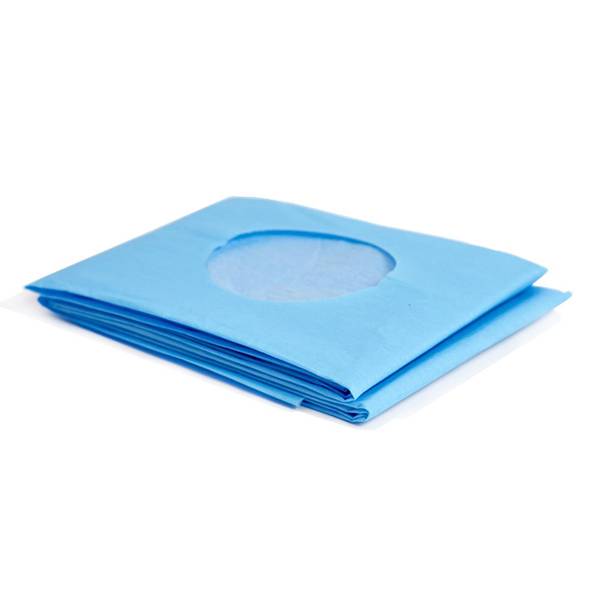 Sterile Fenestrated Drape without Tape can be used in a variety of clinical settings, patient rooms in hospitals or for long term patient care facilities.

The drape prevents the water vapor under the towel from gathering, reduces possibility of infection. That can provide  a sterile environment for the operation.

Packing: 1 pack in a sterile pouch

Other Colors, Sizes or Styles that didn’t show in the above chart can also be manufactured according to specific requirement.

What are the benefits for disposable surgical sterile drape?